Year in Review: Highs and Lows of Freelancing Full-Time 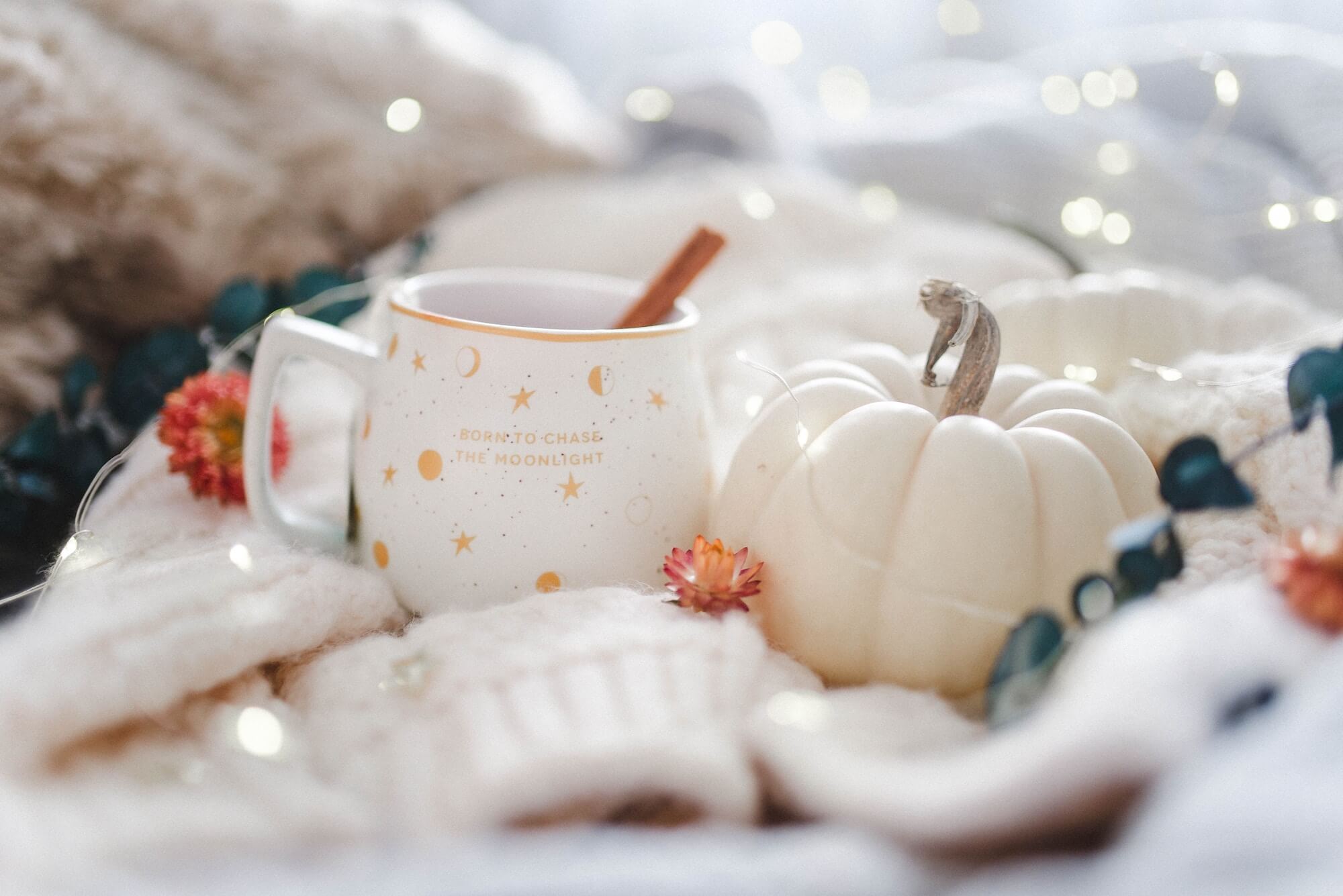 Fair warning: I’m going to get a little vulnerable in this post. I can’t believe I’ve been freelancing full-time for a full year as of September. It’s been a crazy journey with some high highs and low lows. There were many moments where I thought to myself, “WTF am I doing!?” I engaged in valiant battles with Imposter Syndrome, met some amazing people, and most of all, learned a ton–about design, business, accounting, sales, and so much more.

This is not an overnight success story. In fact, I have yet to hit the ambitious goals I set for myself 12 months ago. But that’s okay. If there’s one thing you get out of this post, I hope it’s that everyone grows at their own rate. I’ve seen other designers and business owners share their stories of their first year, and they look nothing like mine. But again, that’s okay. This is my story, without sugar coating, and it’s not always pretty but it’s real. Here we go.

My last day at my job was August 31, 2018. On September 1, I finally tasted the “free” in freelance. Free to work from home, sleep in when I want, work when I want, relax when I want, go out when I want. But that freedom came at a cost. I earned a whopping $95 in September. Hey, that’s what happens when you jump into freelancing full-time when you’re not prepared.

Not many people know this, but when I was just starting out, I did more writing than design. I had a blog and not much of a design portfolio, so it was easier to show clients that I knew how to write. In October, I got my first web design client on Upwork. I was paid $147 to design a simple WiX website. Around this time, I also took on several unpaid projects to get more experience and build up my portfolio. This plan ended up backfiring, as none of the unpaid work I did ever got to see the light of day. Turns out, clients who don’t pay for your work are pretty flaky.

In November, I was fortunate enough to get a longer term project that provided weekly income. However, it wasn’t design related. I was still doing content writing jobs as well, and was starting to tire of writing blog posts about random subjects–that wasn’t what I started freelancing for! I decided to stop taking on underpaid writing gigs and focus more of my efforts into finding design clients. I managed to bring in over $1000 this month which felt like a major upswing compared to the two prior months.

December was a rough month. I no longer had consistent weekly income and was finding it really difficult to break into the design world. I took on a few $50 logo projects (*cringe*) and poured some Facebook ad money (*double cringe*) into promoting a special holiday offer for a one-page website, which generated a bit of interest but ultimately got 0 takers. Around this time I discovered that there were a lot of clients looking for designers in Facebook groups, and so I turned my attention there. The year ended on a bit of a low, but I was determined to keep freelancing full-time.

While I was visiting my parents in California for the holidays, I got some amazing news–my very first branding and web design client! I was completely elated and felt like the momentum was finally starting to build. At the time my rates were half of what they are now, and I still continued to take on tiny projects on Upwork and Fiverr. But things could only get better from here, right?

As I expected, the momentum continued into February, and I landed a new longer term contract through a friend that provided a bit of steady income over the next couple months. The project, if you’re curious, was designing and coding HTML email templates. I also learned a lot about project management during this month as I worked with my first branding and web design client.

In March, I raised my rates pretty significantly and by the end of a month, landed a new awesome branding and web design client whom I charged almost double my first client. And it felt amazing. I was finally feeling confident enough to charge more, and I gradually drifted away from Upwork and Fiverr. Jumping into freelancing full-time was starting to feel like a good idea after all.

In April, I experienced my first big dip. The momentum that had been building over the past couple months seemed to come to a standstill. It certainly didn’t help that I was on jury duty for pretty much the entirety of the month. I earned a little over half as much as I did in March, which felt like a major blow.

The downward spiral continued until the last week of May, when I finally signed on three wonderful new branding and web design clients. Things were looking up again.

July was a major low point for me. Leads were scarce, and I didn’t end up signing a single client. The frustration of my roller coaster career was starting to reach its boiling point. I questioned whether I had been severely naive to think I could quit my job and make a living on my own terms. Who did I think I was? At the end of the month, I decided to invest $1000 of my savings into a sales bootcamp as a last ditch effort to salvage my business.

In August, something miraculous happened. The number of leads flowing into my inbox suddenly exploded. Perhaps it’s a seasonal thing. But whatever the reason, I started to see a light at the end of the tunnel. Most of the leads didn’t end up panning out, but I was starting to get approached by bigger clients with bigger budgets, and that was a definite positive trend in my perspective.

September was an unusual month. The leads continued to flow in, however there was slight hiccup. I went on my first real vacation since I started freelancing, which forced me to step away from the business for 10 days. As much as I enjoyed that vacation, it cost me several leads who weren’t willing to wait until I returned. I wasn’t able to do much prospecting while I was away, and the month ended on a low, financially. However, I was able to gather just enough opportunities to set me up for a beautifully abundant month in October.

And that brings us to today. October has been a busy and productive month so far.

As you may have gathered, my first year of freelancing full-time has been challenging, rewarding at times, and often frustrating. I’m not the most patient person, and I get discouraged when things don’t pan out as I’d hoped. And yet, I’m still going because those upswings are worth it. Despite the struggles, I’m incredibly grateful to have built a career for myself doing work I’m truly passionate about.

This month, I’m working with lawyers, e-commerce brands, accountants, social media managers, and bloggers, and I could not be more excited for what’s in store in the coming months. There could very well be more dips, but the overall trajectory is positive, and that’s what counts.

Looking for support in bringing your dream business to life? Click here to learn more about my signature branding and web design services.

P.S. Curious how Year 2 (2020) went for my business? Click here for all the juicy details! 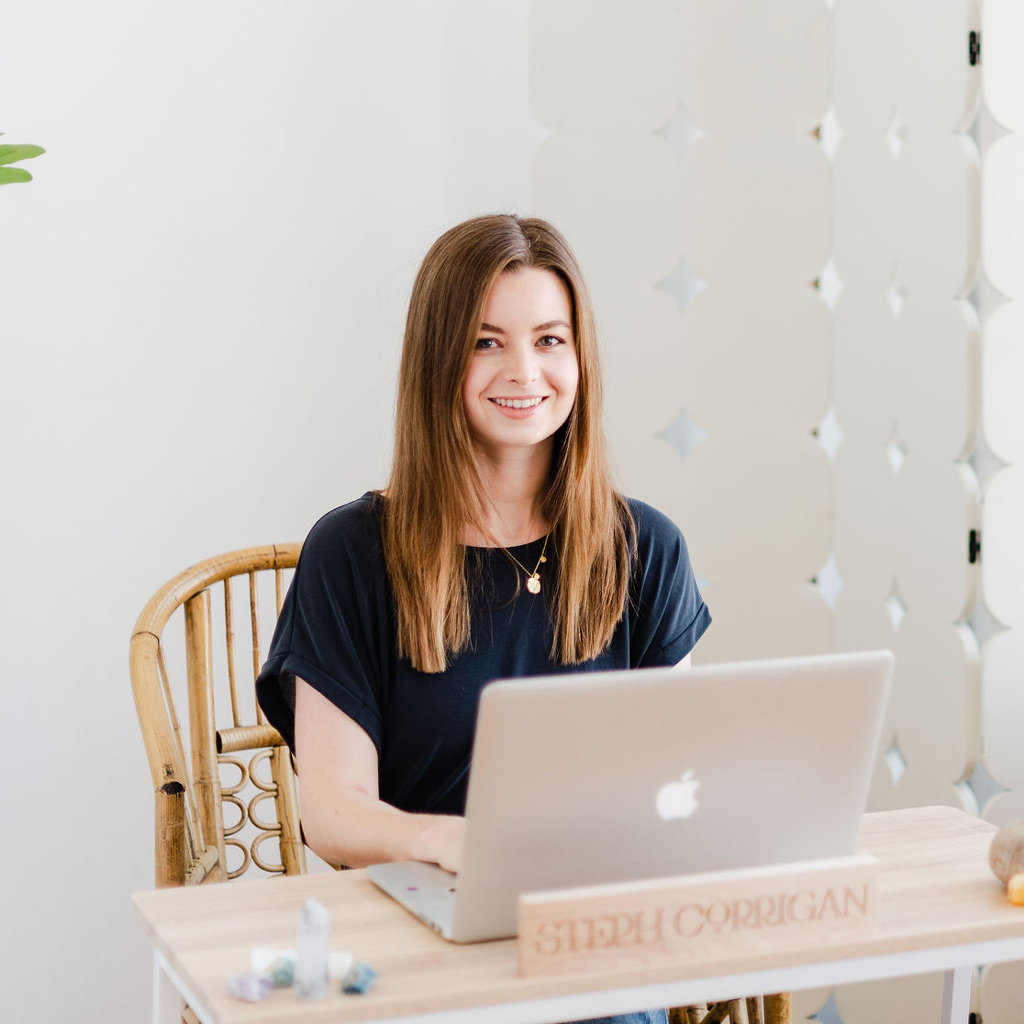 I’m here to break down everything you’ve been wondering about when it comes to starting and scaling an online business in the most aligned way possible. From branding basics to tried-and-true marketing strategies, you’ll get my unfiltered thoughts and advice on how to make your brand stand out.

Check out my top recommended tools and resources for managing and scaling your small business!

Sign up to get instant access to a pre-recorded SEO training! In this 45-minute masterclass, you’ll learn how SEO works, how it can impact your business, and walk away with actionable steps that you can implement right away.